Technology doesn’t seem to give us teachers a break. Every time I look around, I find a new term and there are times that I feel I can never really keep up with it all. And of course, we can’t! What we can do though is try to understand the new digital trends that comes on our way. One way to try to understand digital games, for instance, is to refer back to the games we’ve played. If you ever played games in your life ( and I hope you have, at least as child) you will find some similar aspects between analogical and digital games. But it was when I was just getting my head around simulations, RPG, etc.that the idea of mixing real with virtual hit me. Or augmented reality as it seems to be the latest term in fashion. 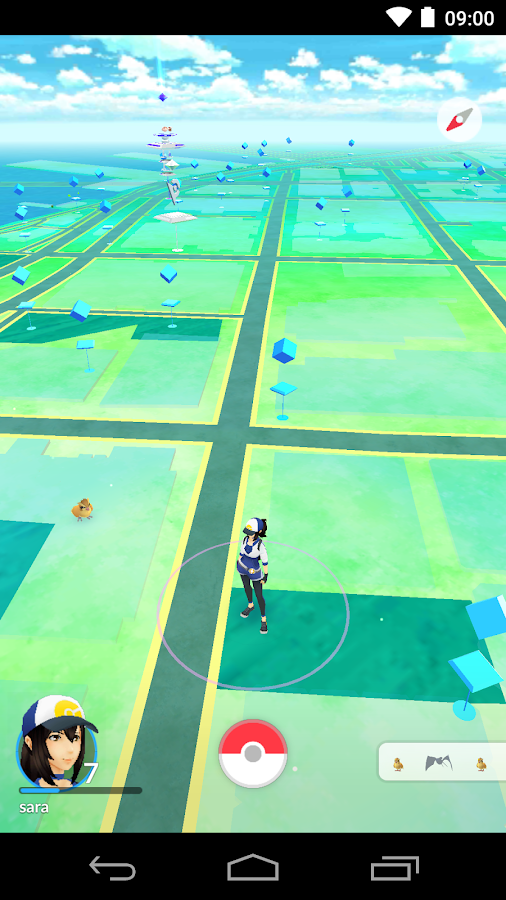 PokemonGO is on the news though. It’s also on our friends’ timeline/feed and your child/student probably already mentioned that to you. My 6th graders have, right in the first week of the release in the States. Our kids/teens get the news much faster because their favorite youtubers are already talking about it. What is PokemonGo about? Simply put, if you have ever gone egg hunting, you won’t have trouble understanding the basics of PokemonGO as it reminds us straight way of that. Pokemon Go can also be recognized as a location-based game. There is much more, however, to (dis)cover when comes to Pokemon Go. By reading/listening to educators online discussing PokemonGo and the various aspects that involve the game, it’s obviously not just about walking around town with the camera on and collecting digital stuff. So, don’t underestimate it and its power to engage people.

Here is a very useful discussion on PokemonGO – by the ISTE GAME and SIMs network:

I haven’t blogged for while and when I do in the past year or so, I seem to write about games. The reason I seem to be so obsessed with #Games4Edu is a simple one. The level of engagement and investment of players in a game is insane and the social aspects that involve them is even more so. That puzzled me to the point that I ended up playing games myself. I wondered what was so great about games that made my students/son long to play. However, keep in mind that there are learners’ assumptions and differences between players that need to be taken into account.  Not every student is a gamer. There is much more to the Game4EDU discussion that meets the eye. I’m not saying that we should use every game out there in class, but trying to understand games and what they have in terms of design to help us design our own classes/tasks will definitely empower us.

If you want to explore PokemonGo with your students, here is a post by Shelly Terrell that will guide you through it with resources and ideas.

Is it possible to use location-based game for language learning? How about creating simple ones which can change the way learners experience the environment they study in and learn? Maybe, as a way to collect items for vocabulary practice, add interactive texts, solve puzzles and learn something new? Apparently, we can. Here is an MIT project called TaleBlazer.

“It’s an augmented reality (AR) software platform. Developed by the MIT Scheller Teacher Education Program (STEP) lab, TaleBlazer allows users to play and make their own location-based mobile games. By situating games in the real world, AR games seek to engage people in experiences that combine real landscapes and other aspects of the physical environment with additional digital information supplied to them by smartphones.” MIT STEP lab

2 thoughts on “Combining physical and digital”